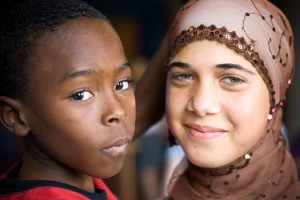 Countries: Israel, U.S.A. Language: English, Hebrew Subtitles: English, simultánní překlad do češtiny Directed by: Alexandra Lipsitz Year: 2010 Length: 86` Rating: 12 Director of Photography: Alexandra Lipsitz Music: Jacqueline Young, Dan Crane Edited by: Jose Guzman Production: Magical Elves Inc. Official site: www.circuskids.tv/ Synopsis: The St. Louis Arches is a circus troupe made up of children from various backgrounds. Jessica Hentoff, the founder and head of this unique group of children, has successfully proven that it doesn’t matter where you’re from or what you’ve been through – just who you are. The real miracle of the Arches isn’t seeing these adolescents perform death-defying tricks in front of thousands of people, but rather witnessing the loving relationships that form even when they have nothing in common but the circus. Furthering her experimentation in reversing social castes, Jessica takes the Arches to Israel where a kindred spirit runs a similar program. Alexandra Lipsitz: Alexandra Lipsitz (1967) is an American director and producer. She began her career in Poland creating the documentary films in collaboration with the BBC (among others). She was later behind the production of successful TV reality shows such as Project Greenlight, Project Runway, Last Comic Standing or Top Chef. She has made the feature-length documentary films Air Guitar Nation (2003) and Circus Kids (2010).