A Review of The PALESTINE CIRCUS FESTIVAL 2016 – “United for Freedom” 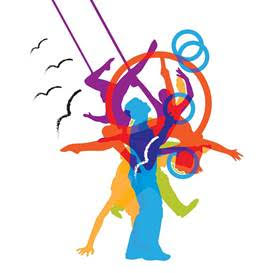 Celebrating ten years since its foundation and the many achievements, the Palestinian Circus School organized the first circus festival of its kind in Palestine. More than 34 international and 30 local circus artists participated in this festival; that took place between 6-14 October 2016. More than 45 shows were organized, half of them were for general audience and the other half were for students of private, public and UNRWA schools (in the refugee camps). The festival toured Jerusalem, Ramallah, Al-Bireh, Jenin, Nablus, Birzeit and Al-Far’a refugee camp. It should be pointed out that the Gazan circus artists could not get permits to enter the West Bank, therefore they did not participate in the festival. As well, two of the international groups did not participate, because the delay of permits for one group and the denial of the other group. “Nafsi Africa” from Kenya did not get permits, except for one member, Kennedy Owino, who traveled from Denmark and performed in different places. Besides, only 5 out of 7 members of “Colokolo” from Morocco got permits to enter Palestine on the last day of the festival. Therefore, the Palestinian Circus School organized a show tour for Colokolo in the period between October 31st and November 4th 2016 in different cities in the West Bank including cities that the festival did not visit, for instance Bethlehem and Hebron.   Audience and the Cities Visited by the Festival  More than 23,000 people attended the Palestine Circus Festival’s shows! With more than 45 shows organized during the festival for the general audience and the students of public, private and UNRWA schools, we succeeded in reaching more than 23,000 people.