A house of recycled objects for Karakasa Circus 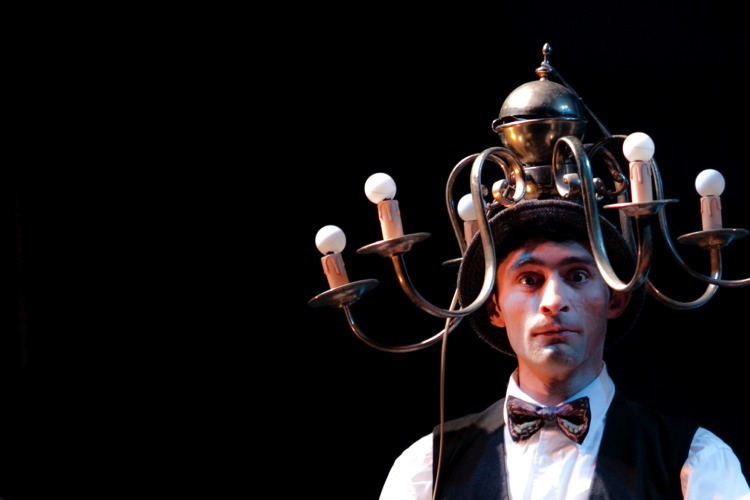 Over ten years of success in circus theatre, Karakasa Circus is a newborn company. It comes to the stage with Home sweet home, a fresh show of acrobatic theatre of Est-Europe. Equilibrists, jumpers, jugllers and clowns coming from Italy, Poland, Russia and Hungary and from theatre experiences, street art, social circus and acrobatics at best levels. The show is set in a garbage dump, a less “ordered” corner of the world for dregs of society: men and things. The acrobatic disciplines mix up with theatre with the use of scenes that appear as for magic in front of the audience eyes coming from salvaged materials. The authors are Marcello Chiarenza, Alessandro Serena and Carlo Cialdo Capelli creators of some of the biggest European success of this genre of the past: Ombra di Luna, Creature and Tesoro (realized with Arcipelago Circo Teatro and Pantakin da Venezia). The group is comlpleted by Carlo Rossi (Filarmonica Clown) and Daniel Romila (Parada), in addition to young graduated in Circus History. The production is the last result of the transcultural project Homeless sustained by the European Commission (among the first places on over hundreds of initiatives in Culture Programme 2007-2013), born from Circo della Pace, a social circus review in Bagnacavallo (Ra), which received the Representative Medal of the Italian President of the Republic. There were four partners: the Polish Foundation Ocelot, the State Circus of Budapest and Accademia Perduta. Everything within Circo e dintorni, a group that takes care of circus shows and similar arts and that presents both events in big open air spaces such as The Night of the Element (in the best squares in Italy), than stage shows such as Clown of Clowns David Larible. The first tour of Home sweet home started on May the 29th and during the summer it will visit at least four nations with important stops as Mirabilia Festival in Fossano, Zomer van Antwerpen in Belgium and the Meeting dei Giovani in Rimini. For next winter there are already some dates in Marseille, European Culture Capital 2013, in Rome at Vittoria Theatre and in other important theatres in Italy and abroad. Fonte: homelesscircus.eu